Djalpak-Tash and not only a story about an expedition in Kyrgyzstan in 2017. During the period 15.09 – 02.10 2017, we conducted an expedition to Southwestern Kyrgyzstan. Apart from the three Bulgarians – as the organizer of the expedition, two colleagues from Serbia, one from Romania and one from the United States participated. Our hosts were colleagues from the Kyrgyzstan Cave Research and Conservation Fund. Our work took place in three different regions (Dzalpak-Tash Plateau, Abshir-Aga and Tuya-Mujun), located several tens of kilometers apart. A summary of the results of the expedition is outlined in the following rows: 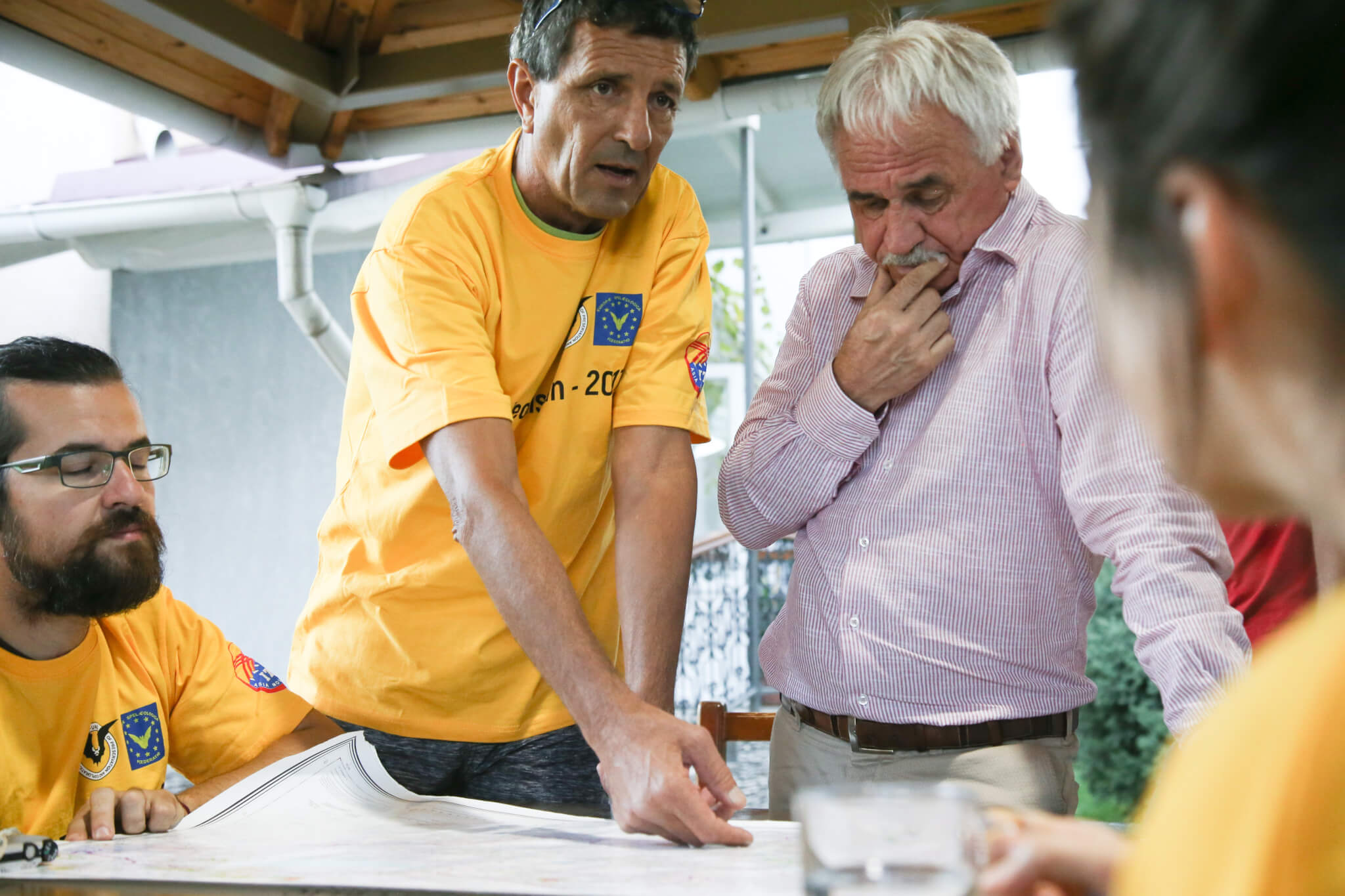 FIRST AREA
A surface geological study of a ± 4 km underground karst drainage system with 10 inlets (swirling), 9 of which were sealed and 1 open, was carried out in the area of ​​Dzhalpak-Tash Plateau. We went through the last entrance of the system, studied and mapped a 40-meter gap + 70 meters of horizontal parts.
We visited and mapped a cave starting with a vertical well of 20 m and a subsequent horizontal extension of about 150 m. From the entrance parts of this cave were collected spiders, locusts and species-type opiols.

We have also studied a gypsum cave with a length of 200-300 m so far. It was 300 m from the cave. In them we found bones and a skull of a person and performed bio-speleological studies of the invertebrate fauna. There was also identified one species of Myotis myotis bat.
Mapping of the cave was not made due to lack of time. 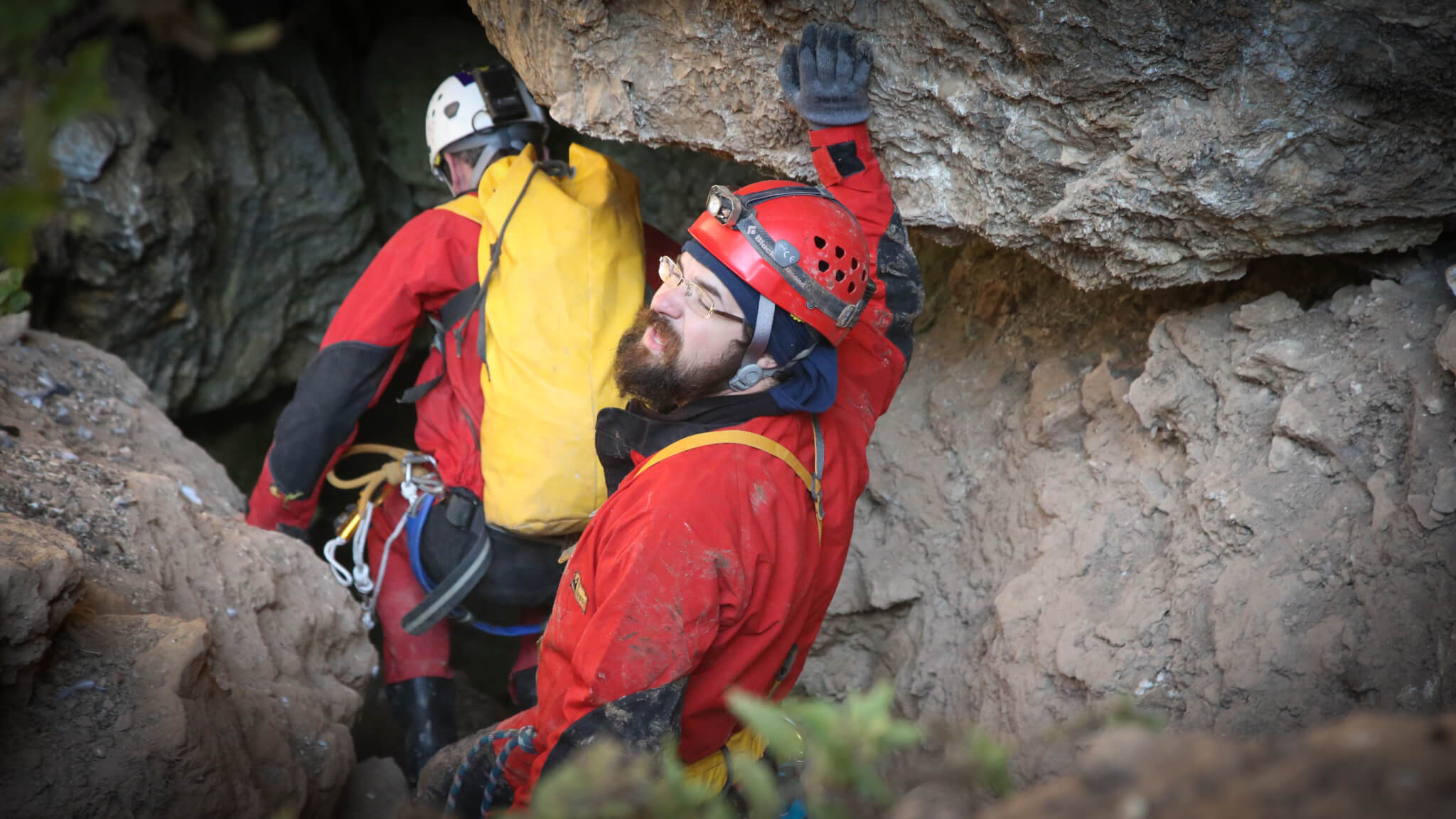 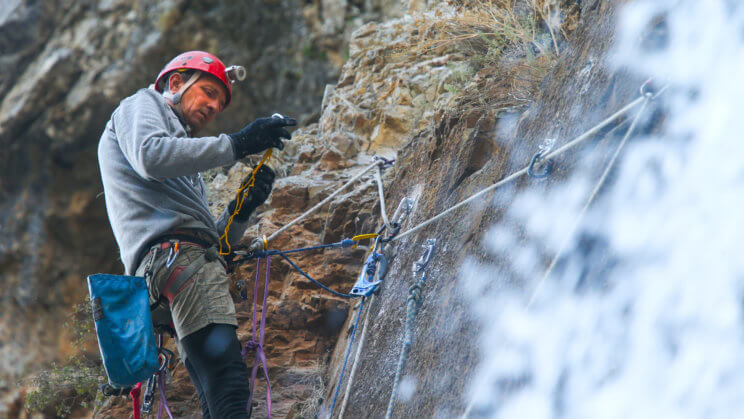 SECOND AREA
For a day and a half in the area of ​​Abshir – Aga we climbed the vertical wall of a canyon and checked the outfall of a karst spring with a large flow that passed into a twenty – meter waterfall as well as surrounding openings in order to penetrate the underside into an underground drainage karst system. Result – we got into the system’s siphon without the ability to penetrate it.

THIRD REGION
We worked in the westernmost parts of the South-Featherland low-temperature hydrothermal ore belt, in the Tuya region – Muni. There, a unique hydrothermal karst was developed in Devin and Lower Carbon limestones. In the caves and caverns are deposited barite-calcite ore deposits containing some uranium and radium minerals in them. The area was studied and described in the early twentieth century by the world-renowned Soviet geochemist and mineralogist – academician Alexander Evgeniević Fersman. In the 50s of the twentieth century, the caves started there for a secret radioactive mining program to use for the first Russian nuclear bomb. Today the area is relaxed and free to visit.
In the area we visited two caves: the Barit’s cave and the cave of Surprise. We also visited some of the unique mining galleries and underground caverns from which the ore was seized. We gathered rich photo material and rock samples from the ore zones.
In the area, we conducted batch studies from which tissue samples were collected for upcoming DNA analyses. Four species of cave-like bats and the rare and poorly studied Asian broad-leaved bat Barbastella leucomelas have been identified. 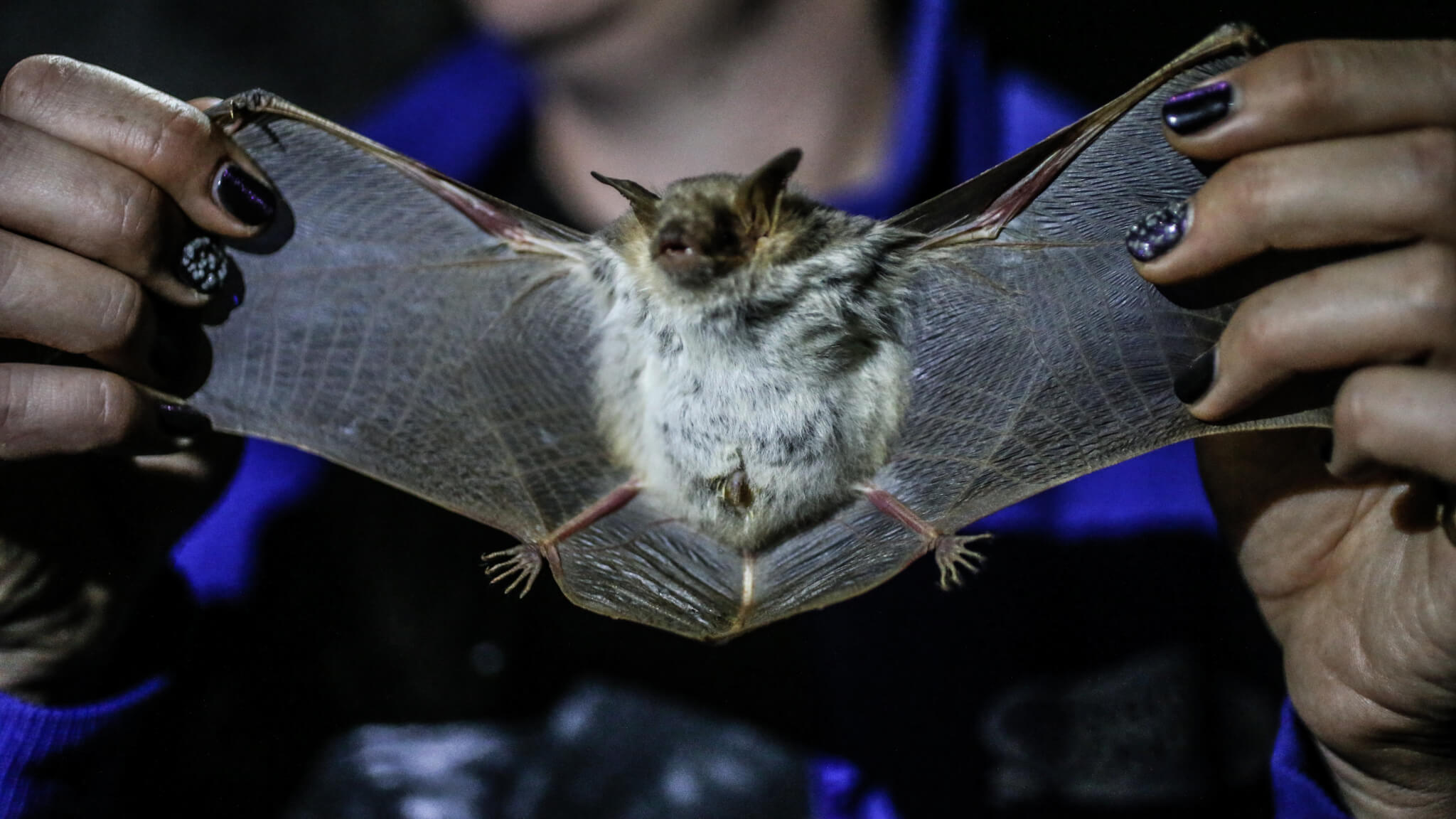 SOMETHING ELSE:
Throughout the expedition, our colleague and professional filmmaker Ladislav Tsvetkov gathered a wealth of photo and video material about the expedition, the nature and the people of this country. A movie is coming soon.